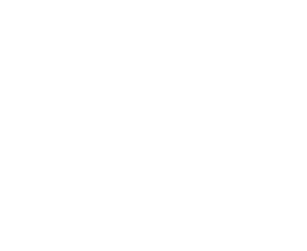 A nationally renowned expert in the investigations of distress and failure of concrete and steel structures, John M. Hanson passed away in Green Valley, Arizona, on May 26, 2017, at the age of eighty-four.

Dr. Hanson retired from the WJE Board of Directors in 2014 after having served the firm for almost forty-two years in various capacities, including from 1979 to 1992 as president.

“For more than four decades, WJE enjoyed the benefit of John’s wisdom and guidance,” said William Nugent, WJE president and CEO. “Regardless of the role or situation, his efforts always epitomized our values in action. He was a man of integrity, particularly focused on enhancing technical excellence, contributing to the betterment of our profession, and doing what was right for WJE and its staff. As WJE’s first president after company founder Jack Janney, he continued to infuse the company with the work ethic, approach, and spirit of our founders.”

John joined WJE in 1972 after receiving his PhD in structural engineering from Lehigh University and working for seven years at the Portland Cement Association’s (PCA) structural development laboratory. During the next twenty years with WJE, he managed more than three hundred projects, including many of the company’s most challenging and high-profile. In 1979, he succeeded Jack Janney as president. Under his leadership, eight new branches were opened and Erlin Hime Associates was acquired. In addition, staff size grew from about seventy to 240 persons, and revenues increased from $3.5 million to $22.3 million. In 1989, Dr. Hanson was also instrumental in a successful buyback of the company from USG, which had purchased the company from the founders in 1973.

Born on November 16, 1932, in Brookings, South Dakota, Hanson graduated from South Dakota State University, where he earned a bachelor of science degree in civil engineering in 1953. Following graduation, Hanson joined the Structural Test section of the Boeing Airplane Company in Seattle, Washington. Later that year, he was called into the United States Air Force. Discharged as a 1st Lieutenant in 1955, he went on to work in the Bridge Section of Sverdrup and Parcel, Inc. in St. Louis, Missouri.

In 1956, Hanson left Sverdrup and Parcel to attend graduate school at Iowa State University. The research for his degree was on the fatigue strength of steel beams with cover plates, and in 1957, he received his master of science degree in structural engineering. From 1957 to 1960, he worked as a structural engineer for J.T. Banner and Associates in Laramie, Wyoming, and Phillips-Carter-Osborn, Inc. in Denver, Colorado, on bridge and building designs.

From 1960 to 1964, Hanson attended and was also a research instructor at Lehigh University in Bethlehem, Pennsylvania. His PhD research was on the shear strength of prestressed concrete beams. Hanson stayed at Lehigh as an assistant professor until he joined PCA in Skokie, Illinois, in 1965, where he worked on evaluating concrete members penetrated by service systems and fatigue strength of concrete members.

Dr. Hanson joined WJE in 1972. His consulting work at WJE included the walkway collapse at the Hyatt Regency Hotel in Kansas City, Missouri, in 1981 and the collapse of the Schoharie Creek Bridge on the New York State Thruway in 1987. Dr. Hanson served as president of WJE from 1979 to 1992, when he left to join the faculty at North Carolina State University as Distinguished Professor Emeritus of Civil Engineering and Construction.

He also was generous with his time, giving back to the industry by serving as the president of the American Concrete Institute in 1990, president of the International Association for Bridge and Structural Engineering executive committee from 1993 to 1997, a director of the Precast/Prestressed Concrete Institute (PCI) (1977–1980, 1993–1996), and member of numerous other association committees.

Dr. Hanson was recognized with many honors in his career. He was elected an Honorary Member of American Society of Civil Engineers (ASCE) in 2002. John was presented the Forensic Engineer of the Year award, sponsored by the ASCE Technical Council on Forensic Engineering in 1999. PCI named him a Fellow in 1995. He was elected to the prestigious National Academy of Engineers in 1992. In addition, he was a corecipient of ASCE’s 1974 State-of-the-Art of Civil Engineering Award and the 1976 Raymond C. Reese Award. He also received the Distinguished Service Award from the American Concrete Institute in 1976, the Martin P. Korn Award from PCI in 1978, and the ASCE T.Y. Lin Award in 1979. He was cited as a Distinguished Engineer by South Dakota State University in 1979 and was given a Professional Achievement Citation by Iowa State University in 1980.